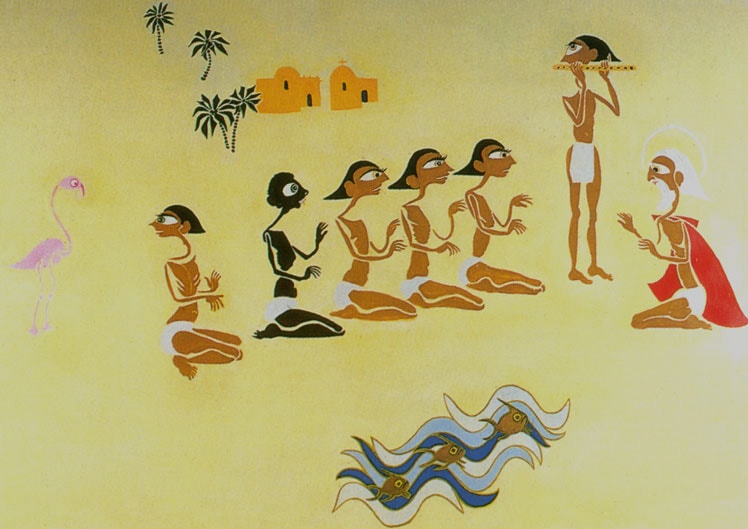 He is a man, a man indeed and not a being apart, fallen from another planet. He is even – do we have to insist ? - an ordinary man, sane in body and mind, a man of today who can be familiar with the Internet and happy to share the life of the world.

He is a Christian and like every other Christian is called to holiness. He is a child of the Church who attempts to increase the riches conferred on him by his baptism, thus answering his calling as a child of God.

He is a monk, that means a Christian who has simply decided to take the advice of the Gospel seriously following a particular path. Answering the call of Christ and moved by the Holy Spirit, out of his own free will, he has chosen solitude to "live for God alone" embracing a life dedicated to prayer, meditation and work under God’s gaze. 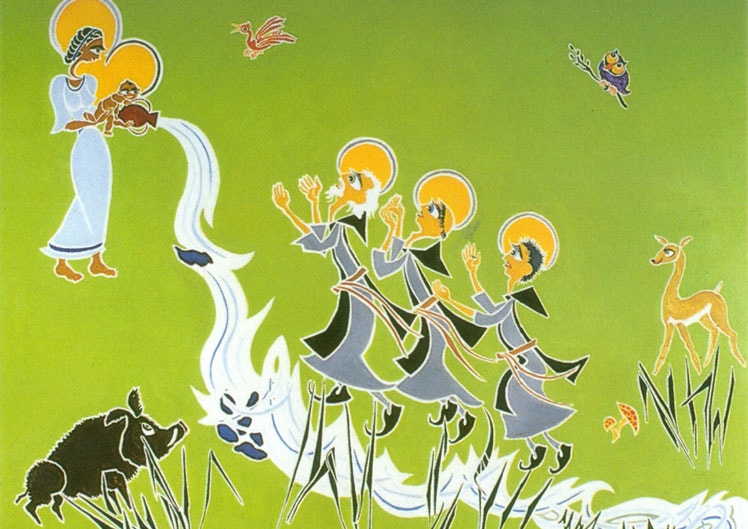 He is a cenobite and not a hermit. Unlike Carthusian monks for instance who live in greater solitude, cenobites (Saint Pachomius) serve under an Abbot who takes the place of Christ in the community. These communities are for our contemporary world the signs of the Realm to come.

He is a Benedictine monk, which means he refers to Saint Benedict (VIth century), the great legislator, the Patriarch of Western Monks. Benedictines follow his Rule and keep his spirit in a life governed by the rhythm of prayer and work day by day. 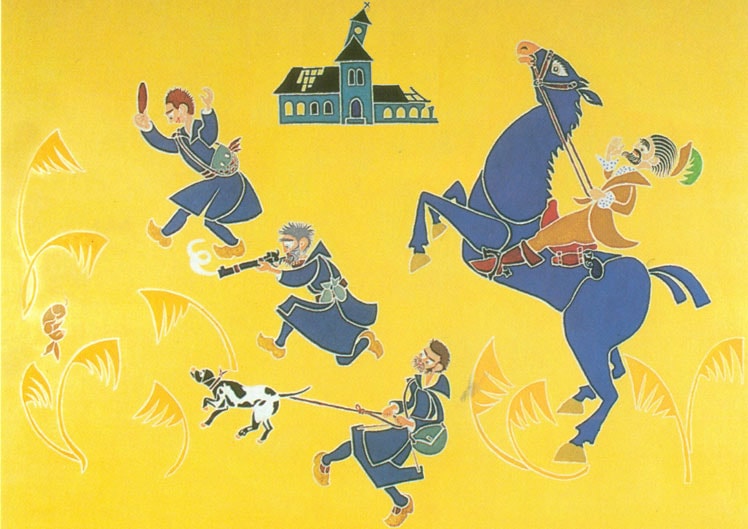 And yet, if we may say so, he is not only a Benedictine but also a Cistercian. We could almost say he is a Cistercian to be more of a Benedictine. Indeed in 1098, in order to return to a stricter observance of the Rule of Saint Benedict, 21 Benedictine monks left Molesmes Abbey under the leadership of Saint Robert and reached the desert of Cîteaux to found a new monastery.

Therefore, Saint Bernard is not, as it is sometimes believed, the founder of the Cistercian Order : he entered the "New Monastery" only 14 years after it was founded. He was not even the abbot of Cîteaux but the founder and abbot of Clairvaux. We owe to him the spectacular development of the Cistercian Order in the XIIth century throughout Europe. 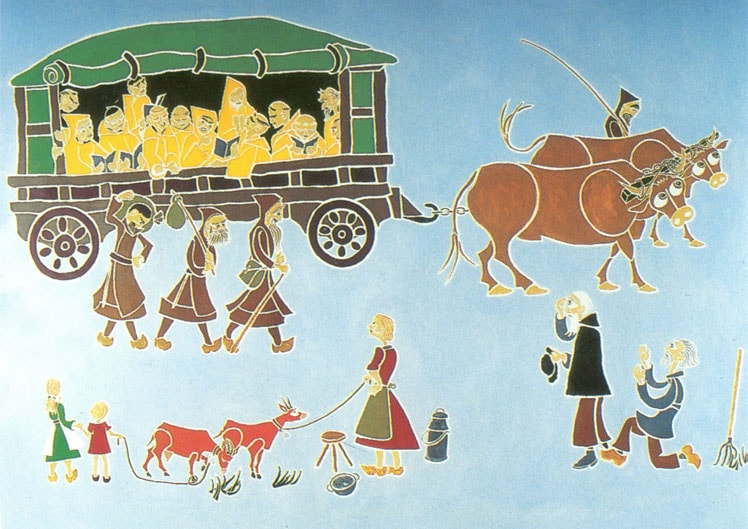 This name indicates that the Cistercian belongs to the Order of the Strict Observance, born at La Trappe Abbey (in the current "département" of Orne) when the famous Abbé de Rancé started a reform movement in the XVIIth century. It was a thorough and somewhat harsh change indeed but also a providential one which allowed the Cistercian ship to sail across the sleepy waters of the XVIIIth century and to get through the hardships of the Revolution and the Empire thanks to the energy of Dom de Lestranges, one more son of La Trappe.

And it just so happens that Timadeuc was founded by La Trappe Abbey in 1841. 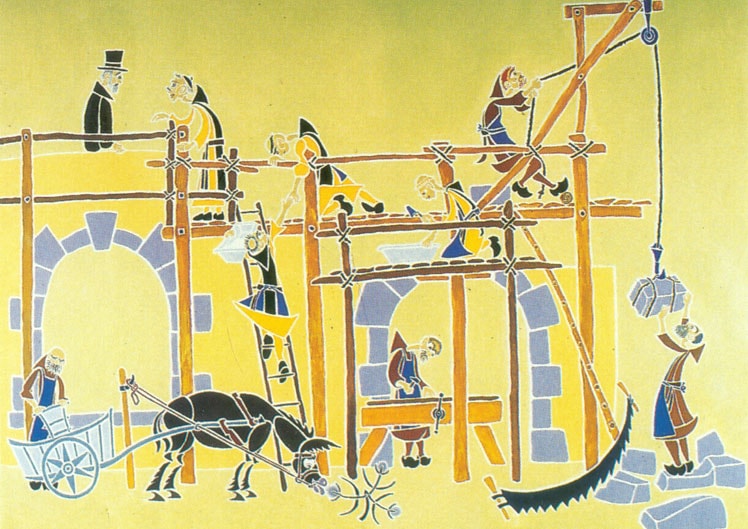 What will happen to the monks tomorrow ?

Tomorrow, they will be able to adapt themselves, with the Church, to the conditions of our times.

They will keep on renewing themselves, guided by the Spirit, according to their monastic vocation, to bring to perfection ... "the humble service of the divine majesty inside the monastery" ...

But, tomorrow like yesterday, the quest of the divine intimacy will always unite strongly the monks with their brothers and sisters in Jesus-Christ.

History of the Community 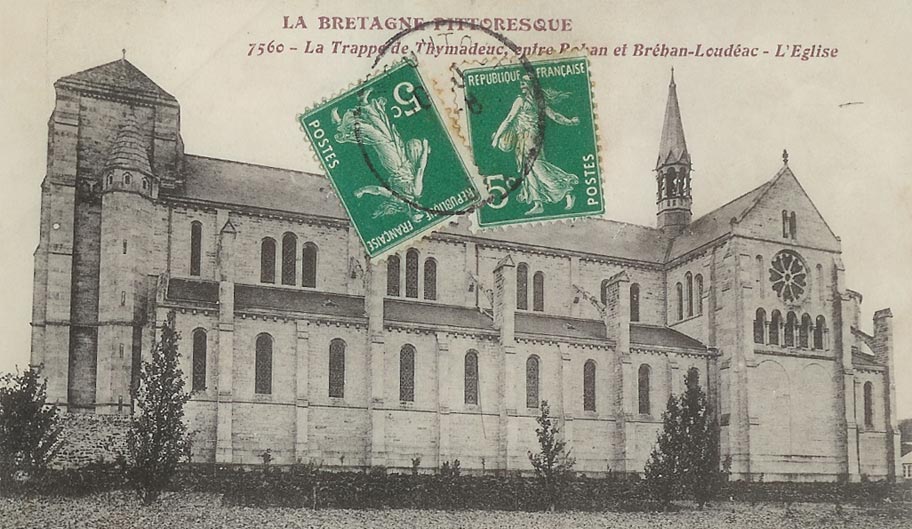 On 22 July 1841, two monks and a lay brother left La Trappe Abbey in "Orne" and settled in Brittany at Timadeuc (Bréhan) in the diocese of Vannes. That is how monastic life was born in this place where we are now.

In the VIth century, under Saint Benedict, Benedictine monasticism was born and it quickly became preeminent thanks to its balance of the human and the spiritual.

Still today, at least in the West, most communities of monks and nuns live according to the Rule of Saint Benedict. 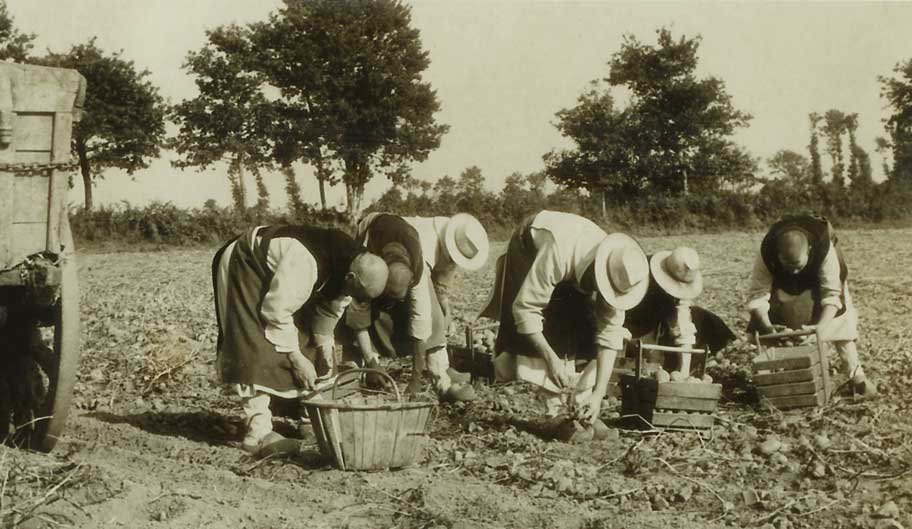 Cistercian life was born at Cîteaux Abbey in Burgundy in 1098 when monks from Benedictine Molesmes Abbey, under the leadership of Saint Robert, decided to return to the purity of the Rule of Saint Benedict. After difficult beginnings, Cîteaux became famous especially thanks to Saint Bernard who died in 1153.

Cistercian monks, like their Benedictine brothers, wanted to get on with the work of the first Desert Fathers. Some chose to live alone, as hermits, like Saint Anthony the Great who lived in Egypt. Others, following Saint Pachomius and Saint Basil, created a form of monasticism which was structured in communities of monks. It is cenobitism which characterizes the monks’ life at Timadeuc. 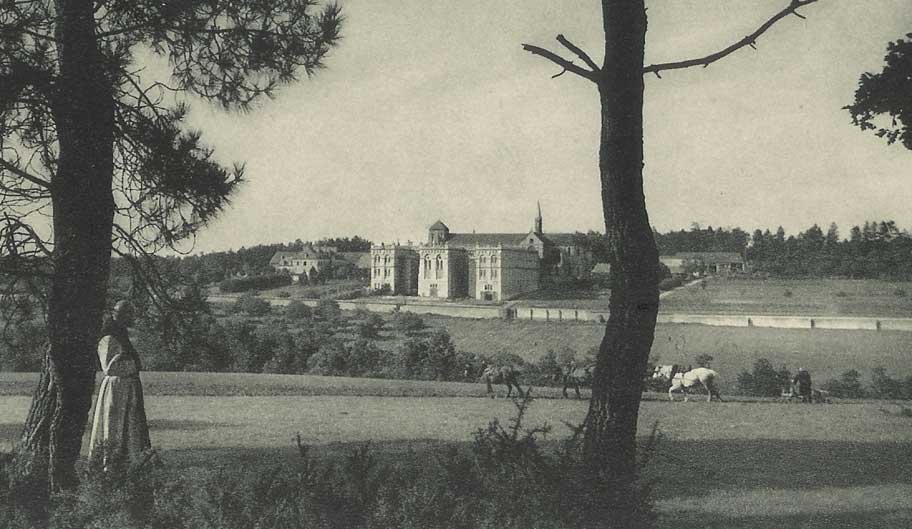 In fact, monastic life has existed in embryo in ancient Asian religions since men and women decided to stand apart in search of interiority.

We also know that Jesus himself wanted to begin his ministry staying 40 days in the desert where he was led by the Spirit. The Christian monks of today through their life of silence and solitude always like to refer to that experience of Jesus.

While we live that experience here at Timadeuc, we enter a long history which, over centuries, appears to be a patient and persevering research of God, he whose real name is LOVE ! 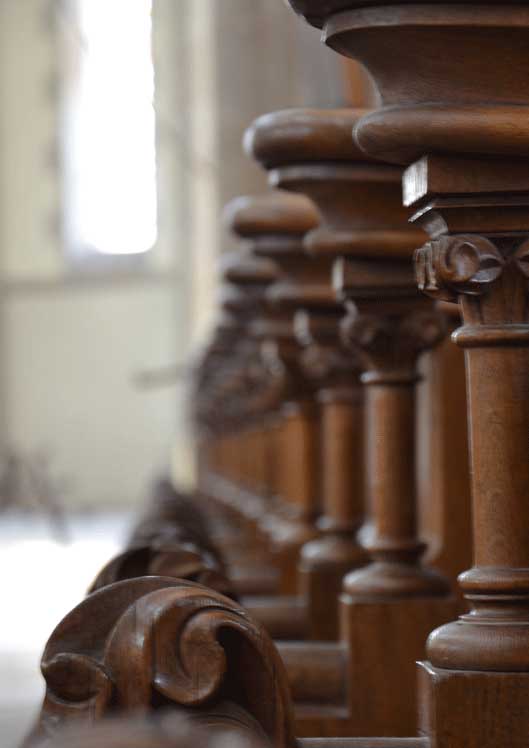 One of the first questions asked by our guests when they come to Timadeuc for the first time is :

And we should answer :

That is how the deepest truth about a monastic community can be told as it is by nature a mystery of communion : a mystery which connects hearts filled with the same thirst and the same desire "Prefer nothing to Christ".

Called to enter the "school of service of the Lord" dear to Saint Benedict, we have made a radical choice which gives meaning to all our personal and community life.

The monastery becomes a "school of charity" as brotherly life and mutual service teach us to love one another. That love calls us to a simple and plain lifestyle. 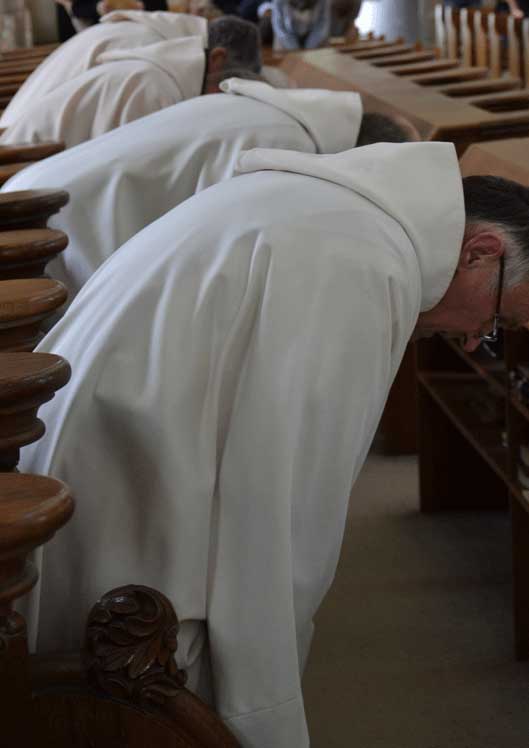 "Ora et labora" : this Benedictine motto very well defines the balance of the Cistercian monastic day, divided between prayer and work. The unity of the community is built around community work and around meals taken together in the refectory. And much more around the services in the choir and the celebration of the Eucharist : the essential moment of all to live united to Christ, united to one another.

There are currently 20 brothers at the abbey.

Each one is unique but together we do our best to live in unity and peace which will come in ourselves and between us only if we give up our own schemes to enter God’s scheme of love.

As a sign of God’s presence at the heart of the world, our Cistercian monastic life is turned towards the coming Realm. It is already a communion of love with the Father according to the words of Jesus :

"That all of them may be one, Father, just as you are in me and I am in you. May they also be in us so that the world may believe that you have sent me."

The life in the Abbey